Why Smoothies Are the New Stars of School Breakfast

Planning a school breakfast program isn’t as simple as it once was. Schools have to come up with meals that meet new nutrition standards, can be served in classrooms or the cafeteria, can be prepared in a hurry, are easy to eat on the run and won’t make a mess. Oh, and they have to please kids’ picky palates. The solution? Smoothies. Here’s why, plus tips on how to successfully launch a school smoothie program. 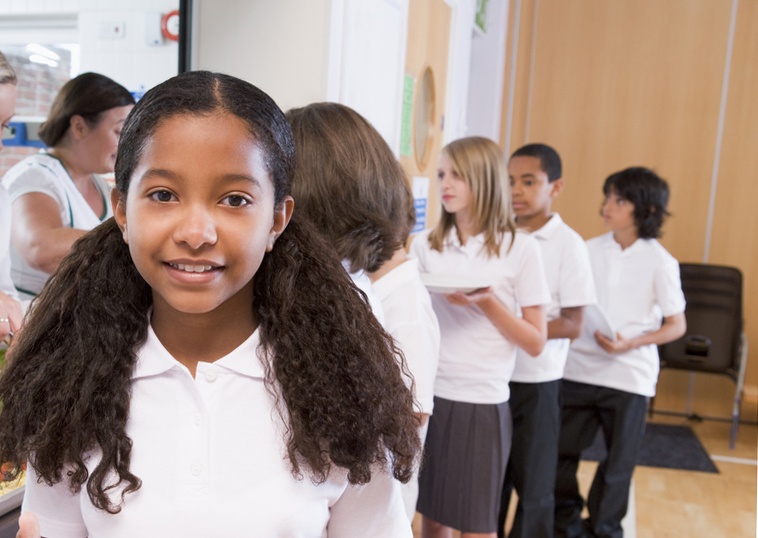 1. Smoothies can be prepared with minimal labor and time.

Nutrition directors may already know that smoothies are a surefire hit with students from elementary to high school. The primary hurdles to introducing a smoothie program, they tell us, are operational. Who has time to blend fresh fruit for 400 children each morning?

2. Smoothies are an effective way to reduce produce waste.

Every school-age child, K-12, should have at least a cup of fruit at breakfast, USDA standards say. In reality, as many nutrition directors know, that cup of fruit often ends up in the trash.

A study published last year in Childhood Obesity found that the percentage of students choosing fruit in the cafeteria rose from 54 to 66 percent from 2012, when new nutrition guidelines began, to 2015. Another study also found that children were selecting more fruits and veggies — however, actual consumption has dropped, because “children were throwing out the required foods at a rate 56 percent higher than before the rules were instituted.”

When the daily serving is offered in a smoothie, kids can’t throw out the fruit— and they don’t want to. Often the only waste is an empty cup. Scheduling smoothies at the end of the week is also a wise way to use fruit that won’t keep, reducing kitchen waste and produce spend.

It’s long been known that when children and teens eat breakfast, they do better on standardized tests and their overall academic performance improves. So why is it so hard to get every eligible student to participate in school breakfast programs?

Sometimes there’s a stigma associated with eating free breakfast. Sometimes kids can’t get to school early enough to have breakfast in the cafeteria. And sometimes they’re just not hungry first thing in the morning.

That’s why more school systems are trying new strategies. Breakfast in the Classroom programs serve students at their desks. Second Chance Breakfast gives students the opportunity to grab an easy-to-eat snack after the first bell, or when they’re between classes. And these programs work; case studies from various California school districts report benefits such as increased participation and improved attendance.

Of course, there are problems too, such as lost instructional time, mess, odors and wasted food. The solution? Serve smoothies! No crumbs, no heating — plus they’re easy to grab and quick to consume.

At one time, fruit smoothies weren’t allowed to contribute toward the fruit, vegetable, milk or meat/meat alternate USDA requirements for a school breakfast. Recently, however, the USDA realized the benefits of offering healthy smoothies for kids and changed its policy.

The rules can be complex, but according to a 2015 USDA memo, “the pureed fruit or vegetable included in a smoothie may be counted as the entire fruit/vegetable component at breakfast.” Fruit and veggie purees are credited as juice, however. Milk in a smoothie may be credited toward the fluid milk requirement. For instance, a 1.5-cup blueberry-milk-yogurt smoothie counts toward the milk, fruit juice and meat alternate requirements.

Smoothies can be blended before the point of sale, but to comply with federal standards, dairy-based smoothies must be made on-site, not commercially pre-packaged.

For kids and teens, smoothies aren’t a boring school lunch. They’re a treat — something they’d gladly spend $6 for at Jamba Juice. And they’re on-trend, considering the vast appetite for smoothies among millennial and Gen Z consumers. “It’s great to hear the kids say, ‘I want one of the smoothies,’” says Rachel Munn, assistant kitchen manager for the Robbinsdale school district in Minnesota.

When introducing smoothies to a school breakfast program, start with familiar flavors. Strawberry-banana is a perennial favorite, as are blueberry-vanilla and mango-orange. Or let kids try their own combinations, as this Baltimore school did with its “Super Duper Smooth Energy Center.”

Are you launching a smoothie program? Tell us about it and we may feature it in a future post.