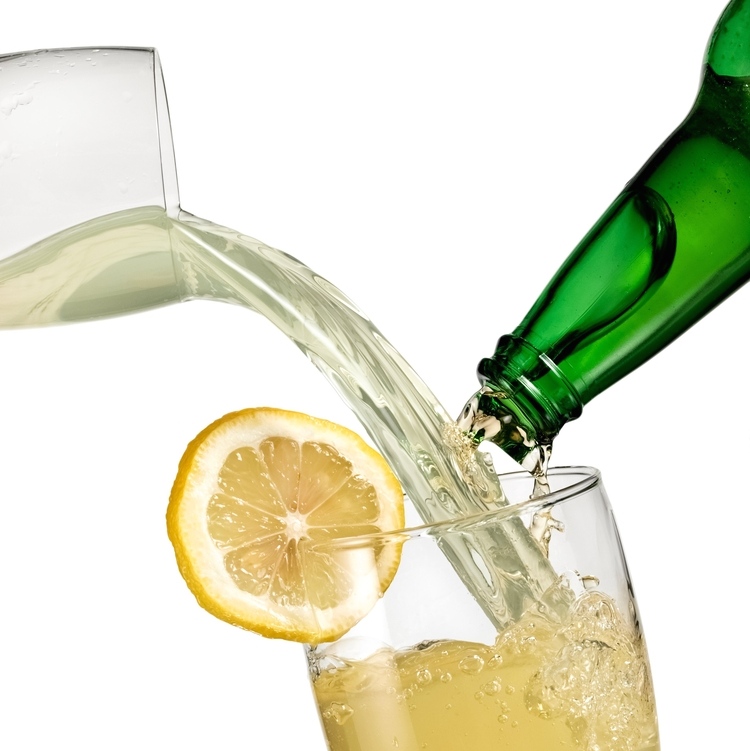 “Radfahrer,” or “radler” as it’s commonly translated, means “cyclist” in German. It also refers to a mixture of beer and lemonade or beer and lemon soda.

The legend is that an Austrian innkeeper had a large group of cyclists arrive and had to stretch his limited beer supply by cutting it with lemon soda. The mixture became popular in warm weather, especially among young and active imbibers, and is now sold all over the world in some form or another.

At the Wunderbar, located inside Kansas City’s premier Austrian restaurant, Grünauer, bar manager Scott Beskow always has some creative version of the traditional radler on his drink menu—and his recipes always call for fresh-squeezed fruit juice.

END_OF_DOCUMENT_TOKEN_TO_BE_REPLACED

Flüssiger means "liquid" in German, and the Flüssiger Strudel, or "Liquid Strudel" as its more often called by regular customers, is the signature drink at the Wunderbar in Grünauer, Kansas City's premier Austrian restaurant. Scott Beskow mixes the Flüssiger Strudel from freshly squeezed lemon juice, rum, egg whites and leftover strudel syrup. If you don't have fresh-baked strudel on hand, Beskow suggests substituting a simple syrup made from sugar, apple cider and cinnamon sticks. The sweet-tart combination is delicious as an apéritif or dessert drink.